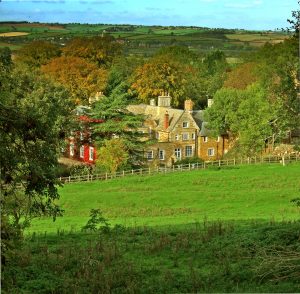 On 17 June 2016, the Planning Inspector dismissed the appeal for the proposed housing development on land to the rear of Bury Close, following a reconvened planning appeal hearing held on 4 and 5 May. The main reasons given for dismissing the appeal were the harmful effects that the proposal would have on the setting of Cottingham Hall and the conservation area.

The Planning Inspector’s decision hopefully marks an end to villagers’ 10 year battle against housing on this site, since the first planning application was rejected back in May 2006.

Thanks to everyone in the villages, our Parish Councils, Corby Council’s Development Control team and our local MP Tom Pursglove for their continued support, time and commitment to help bring about this positive outcome.

The Against Building in Cottingham (ABC) campaign against the original 2006 planning application was led by Bob and Julie Riley, with subsequent campaigns being co-ordinated by the Cottingham Community Action Group, led by Jane Smith.

The Planning Inspector rejected this appeal in June 2016 following an appeal hearing held on 4 and 5 May. The application was also unanimously opposed by Corby Borough Council’s Development Control Committee in January 2016. View report to Committee. 79 objections were received to the proposal, including objections from CBC’s landscape consultant and tree officer, and our local MP Tom Pursglove.

Our Parish Councils, Corby Borough Council and more than 100 villagers contacted the Planning Inspector to raise their concerns that the ‘appeal scheme’ was fundamentally different to the original application for 57 houses, and should therefore be the subject of a new planning application with further public consultation.

At an appeal hearing on 13 October 2015, the Planning Inspector, Mr Tim Wood, ruled that he was not willing to consider the amended scheme from the Kiff and Troke Partnership for 33 houses at that stage because there had been insufficient time for Corby Borough Council’s Development Control Committee and local residents to consider the scheme.

In October 2013, Peter Brett Associates (PBA) acting on behalf of the Kiff and Troke Partnership hosted a public exhibition at the Methodist Hall in Cottingham to present and discuss plans to build 60 to 70 houses on land to the south of Cottingham Hall.

May to October 2006 - original application for 90 houses

This application from Bill and Sandra Kiff was rejected at officer level by Corby Borough Council in October 2006. The Against Building in Cottingham (ABC) campaign opposing the development was led by Bob and Julie Riley.